From Book to Screen (and back again): An Interview with New York Times No. 1 Bestselling Author Jay Asher 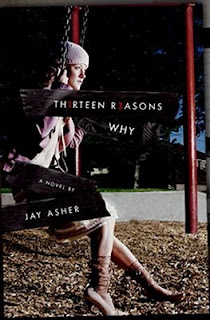 I first met best selling author Jay Asher at the SCBWI LA Conference in August.  He was a guest speaker and his presentation No Bookmarks Allowed! was both insightful and humorous.  I remember lining up with all the other inspired writers at the end of Jay's presentation, waiting for the chance to speak to him.  I hoped perhaps he would be up for a "From Book to Screen (and back again)" interview since Universal Studios optioned the film rights to his hit debut novel Thirteen Reasons Why.  You can imagine how nervous I was, after all, Thirteen Reasons Why was a New York Times Best Seller ...for over two years...and counting!

Next in line, I readied my pitch, then sheepishly approached and blurted it all out in one fell swoop.

And that's pretty much the best way to describe Jay.  He's just a cool, fun guy with a "can do" attitude.

If you haven't read Thirteen Reasons Why, do because it's not only a beautifully written story that addresses hot button issues but it's also a great example of the writing process. What do I mean by that? Finish reading the novel, then read Thirteen Reasons Why (between the lines) at the end of the book.  Jay provides his answers to thirteen questions including "where did the overall idea for this book come from?" and "how did you decide on Hannah's thirteen reasons?".  What I love about this section is that Jay gives honest answers about his process and you soon realize it takes a lot to make something look so easy - a very inspiring tale for aspiring writers!

But enough about the process.  Now onto the interview!

JP: Did you ever dream that one day the film rights to Thirteen Reasons Why would be optioned?  We all know that the likelihood of having certain stars portray your characters on screen is slim to none but did you ever think "x or y would make a great Hannah or Clay?"

JA: My favorite how-to-write books have always been screenwriting books. When I write, I probably think in more cinematic than literary terms. I visualize how each scene would look up on the screen, and that affects how I structure the scenes and which visual details I focus on. Since I've already imagined what the scenes would look like in a movie, I definitely let myself dream about one day seeing them in an actual theater. And sometimes, while writing, I'll watch a movie and think a certain actor would be interesting in one of the roles. But I started writing that book ten years ago, so those actors are too old for the parts now.
JP:  When you first found out that Thirteen Reasons Why was to be optioned, what went through your mind?

JA: When the offer came in from Universal, I was sitting in the back of an airport shuttle on my way to a speaking gig in Georgia. I was only allowed to tell certain people about the offer, and there was no way I could wait to reach my destination before telling them. The shuttle driver and the other passengers were annoyed by my constant texting and whispering into my phone. When they dropped me off, the driver even said, "I hope you didn't forget your phone."
JP: What surprised you most about the "option" process?

JA: Not too much surprised me, mostly because I'd watched friends navigate the book-to-movie process and seen how every journey is different. I'd already let several offers pass as I waited for the right people to come along. When they did come along, I suppose I was a bit surprised by their personalities. We've all seen TV shows and movies where producers, actors, and all those Hollywood people act very...you know ...Hollywood! And maybe I'm just lucky, or maybe a project like Thirteen Reasons Why only attracts certain types of people, but everyone has been so down-to-earth and wonderful to work with. They're great at what they do, but they're also great people.
JP: What has been the funnest thing about the process so far?

JA: Two moments stick out. The first happened when I went out to lunch with the producers and the screenwriter before the "official" business meeting was to begin. They began discussing the characters in Thirteen Reasons Why, and talking about them as if they were real people. In that moment, I thought back several years to when I began writing the opening pages to that book on my kitchen table. If that struggling writer could've eavesdropped into that conversation, he would've freaked! The other fun moment came when I attended a Selena Gomez concert with my wife, son, niece and nephew. (Selena is set to play the character of Hannah Baker.) We were in the middle of a mob of people from her fanclub, all waiting to go backstage. I noticed that a few of her fans had brought copies of my book for her to sign. When my wife told them who I was, they kind of freaked out.
JP: At what stage is the novel currently in the development cycle?

JA: I'm not supposed to get specific about what stage we're in, but things are moving in a positive direction. I had lunch with the producers two months ago, and it was exciting to hear some of the names being discussed. We all share a very similar vision for how we want this to look.
JP.
If there’s one thing you would advise aspiring YA writers on the process of writing their first novel, what would that be?  And if there’s one thing you would advise a writer - with dreams of someday having their book optioned for a feature or TV production, what would that be? 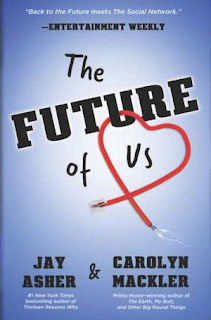 JA: When I write, I'm always thinking about what would make the book a page turner. Whether it's a novel dealing with serious issues or a comedy, if you can make it difficult for people to put your book down, you'll end up giving them a better reading experience. The same thing applies for books being turned into movies. If a producer reads a books, is fascinated by the story and can't put it down, it makes it so much easier to picture audiences not being able to get up to take a restroom break.

JP: What are you currently working on and what can we expect next from Jay Asher?

JA: Something and someday. :-)

JP: What are you currently reading?  And is there a book you would recommend others to read?

JA: I always have so many books going at once, and they're mostly non-fiction. When I'm writing, I can't enjoy much fiction because I overanalyze it. And I like to read several things at once so that, no matter what mood I'm in, there's always something to read. I did just finish Drama by Raina Telgemeier. I think it was only the third graphic novel I've read, and I completely enjoyed it.

You can find out more about Jay and his novels Thirteen Reasons Why and The Future of Us here.
Posted by JennP at 12:00 AM