Writing the First Book in a YA Series

When you’re writing a book, it’s normal to wonder if it would work better as a standalone novel or the beginning of a series. While a series might seem appealing (after all, your fans will get to read more in the world you created and you’ll make more money, right?) there are many books that simply work better as standalone novels. You are the only one who can make a decision about whether there’s enough story to tell to justify more than one book. 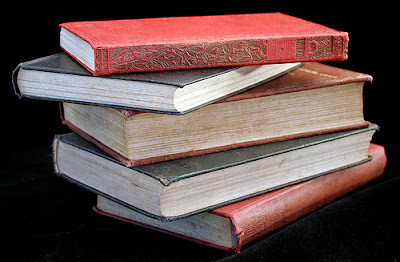 If you decide to go the series route, there are some things you’ll want to keep in mind. First, current advice is to have the first book stand alone for the most part. That might sound confusing—how can it be a series if it stands alone?—but another way to put this would be to ensure the first book’s story arc wraps up in a conclusion that’s satisfying for the reader. If your intended first book in a series has a cliffhanger ending where the hero/heroine is about to be devoured by a horrible monster, that’s a problem.

Having the first book stand alone doesn’t mean you can’t leave some loose ends at the end, however. JK Rowling does a great job of this in HARRY POTTER AND THE SORCERER’S/PHILOSOPHER’S STONE. While the main plot of the book is resolved (Harry finishes his first year at school, bests the villain who threatened him, and finds a place to belong at last), the reader knows that Voldemort is still out there somewhere and that Harry will be returning to Hogwarts the next year.

When pursuing traditional publication, don’t make the mistake of putting in your query letter to agents that it’s book one of a planned fifteen-book series. Even if you are planning fourteen more books, you’ll have to sell the first one first, and then it will have to do well enough so the publisher wants to publish the others. In a query, the best way to express that your book could be a series is with some variation of the wording “standalone novel with series potential.” (Of course, then you have to make sure the book actually does stand alone.)

If you know you want to write further works in same world and/or about the same characters, but don’t necessarily want to continue forward directly from events of the first book, companion novels might be the perfect compromise. Some good YA examples include Kristin Cashore’s GRACELING and FIRE, and Stephanie Perkins’s ANNA AND THE FRENCH KISS and LOLA AND THE BOY NEXT DOOR.

Are you planning or have you written a YA series?
Posted by Triona Murphy at 12:00 AM