It's Never Too Late to Start Writing

Hello out there! I've spent the last few weeks getting to know my newborn son, which means my writing time has been pretty much nonexistent. But we're starting to get a routine down, and I have high hopes of being able to carve out some time this week.
Good thing, too, because I'm starting to get that slightly panicky feeling of time slipping away from me.  I turned thirty last year, which led to a short bout of self-pity and self-doubt that I wasn't a published author yet. It seemed like everywhere I looked were stories of twenty-somethings (or even teens!) getting book deals.

But then my husband pointed out that our mutual favorite author of all time, Terry Pratchett, didn't get started on the series that made him famous until he was thirty-five, and wasn't able to quit his day job and write full time until he was thirty-nine. 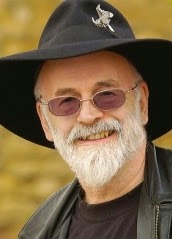 A quick search revealed that it's not at all uncommon for authors to find fame later in life. In fact, the list of luminaries who had their first books published after the age of forty includes Charles Bukowski (49), Raymond Chandler (51), and James A. Michener (40). Even J. K. Rowling was thirty-two when Harry Potter and the Sorcerer's Stone was first published.

My takeaway? It's never too late to start writing, and no one is ever too old to be published. Life makes it tough to do it on our preferred schedule sometimes, but perseverance will always win out in the end. 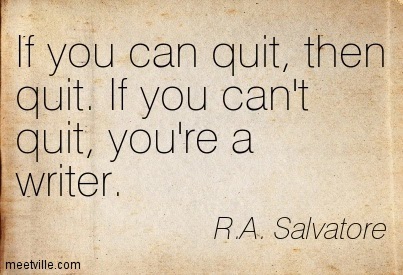